It's fitting that the new venue in the Second Saturday ArtWalk The Bergschrund is featuring the mountain photography of John Scurlock. The Bergschrund is the new tap room of the NW Peaks Brewery, located half a block south of the brewery. Fourteen artists will be presenting "How a Painting is Made" at Ballard Works, and Sticks and Stones is hosting Jay West , one of New York's most promising young painters, with his first West Coast solo show.
Get some boots that are made for walking, and enjoy. 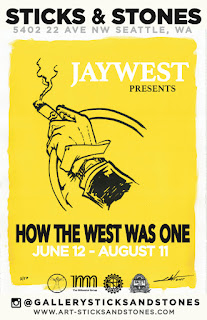 The show will include some of West’s known pieces, including those shown at 2014’s Art Basel, as well as new compositions in what has become his signature style. West’s art is characterized by mixing opposites and colliding worlds, all underscored by the finesse of his classically-trained hand. West paints with deeply adept traditional skill yet his his work is anything but expected.

West’s expressive pop art style boldly speaks to the wide range of topics he grapples with in his art. From religion to technology, Americana cartoons to Greek mythology, West explodes the canvas with his color, shape, concept and delivery. Though often drawing on classical themes, West subverts the traditional narrative with his abstract, surreal and graphic style, an increasingly recognized hallmark of his work.  Many of West’s pieces are 5 feet or larger, making the viewer feel almost voyeuristic in the intimate delivery of West’s subjects.

A native of Harlem, NY, West has been quickly gaining national and international recognition for his work.  He has shown extensively in New York, as well as Chicago, Miami, San Diego, Harlem and the Hamptons. West has been featured by NY Daily News, Complex Magazine, Elite Daily and Hypebeast, among others. Additionally, West has collaborated with ASAP Ferg, ASAP Rocky, Alicia Keys, Porshe, BMW, Puma, Footlocker, Heineken and more. 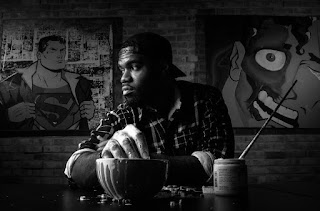 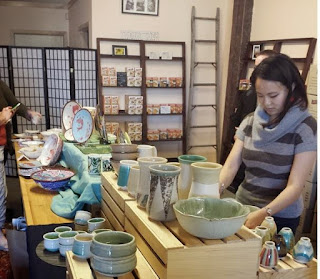 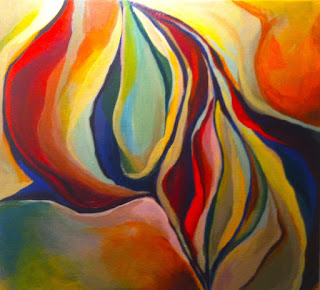 Mia Samuel has been making art for most of her life, but she developed her current style a few years ago while painting in Florence, Italy. Her style evokes the delicacies of flora as well as the natural drama of rolling hills, soaring mountains, and flowing seas. She creates abstract renderings to echo the beauty in nature, but derives new meaning through an expressionistic approach that involves the use of acrylic paint in bright and vivid colors. 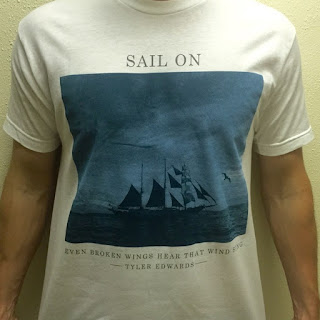 The world has more than enough songs written by great songwriters. Some would argue that the last thing humanity needs is another song. However, something special happens when a new or old song stirs the soul of the listener. Music can inspire change, movement, empathy, even hope.  This phenomenon is what motivates songwriters to keep digging to find songs worth writing and singing. Tyler Edwards began this search 6 years ago with South Carolina rock band, I Anthem. After releasing two EP's and a LP, the band had moderate success with multiple songs breaking Top 10 on Billboard's Rock Charts and music featured on MTV and NASCAR.

During this time period, he also began writing acoustic based songs. "I started to understand the value of the silence that acoustic music can create. This excited and challenged me to make sure I really mean the words I write and sing that pierce the vacancy." With the release of Tyler's latest solo EP - "Too Young for Love," he reveals some personal stories and questions. The first track, Headed for the Coast, directly communicates his plans to move to the West Coast, which he did in January 2015 after a cross- country tour from Florence, SC to Seattle, WA. The title track is a song he says he wrote the morning  of his 25th birthday and realized that love is hard but necessary to truly living. Each song on this record has a personal story or idea behind it. So, if you want to learn more about the songwriter, simply listen the songs.
His Word Found Here
5404 22nd Avenue NW
Tyler Edwards
0 comments 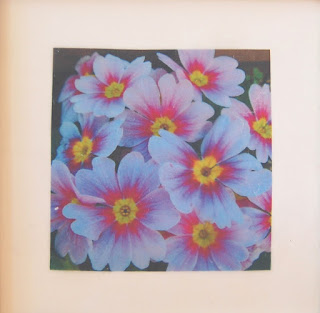 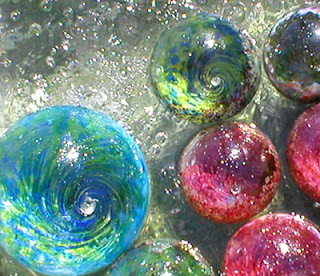 Art for the garden and art inspired by the garden. Artist Karen Sutherland is working in both glass and encaustic.  Her glass vases and bowls are models of the bright colors and symmetry found in nature.  After discovering the encaustic artform, she's expanded to feature her photos of trees, flowers, and outdoor scenes in compositions enhanced by the coloration and textures of the wax encaustic process.

The show also features David Smith's glass floats for ponds and planters and vases and glass bells to hang in windows and trees. David
established his own studio/hot-shop in Ballard in 1992. His art glass has been collected and appreciated around the world, and his glass castings are installed in the Atlanta Federal Building as well as public and private buildings in the northwest. His work is an extension of his technical background in glass science and his love of the traditions and history of glass blowing throughout the world.

My paintings are an attempt to capture the impressions and memories I have of playing underneath the coffee table in the living room or tucked behind my parent’s seats while on long road trips across the country. To my little eyes, the scale of my toys would be larger than life. A three inch piece of molded plastic could be the size of a building and the floor of my bedroom, a valley in which conflict and resolution would play out. As a child of the 80s and consumerism, I love how the light catches brightly colored plastic and chrome and I attempt to conjure the impressions I get looking at them and render them with oil paints. My characters inhabit tranquil worlds and alternate realities where exploration and road trips are the only thing on the itinerary.

Though I’m a painter working with water soluble oils, I’ve come to realize I could just as easily consider myself a collage artist. Sometimes an idea for a piece will come into my head fully formed, but most of the time I will sit on the floor and spread out around me the objects and images that inspire me. This process always reminds me of playing with toys as a child. From these sessions of play, I make decisions on choice of characters, locations and composition.

BallardWorks Presents Process: How a Painting is Made for June ArtWalk

How does an artist work? Fourteen artists describe their process, explaining, with the use of examples, how one gets from inspiration, to idea, to expression and execution of the painting.

Smoke and mirrors? Ha. Plain hard work on display here, including a myriad of sketches, drawings, value studies, color studies and photographs plus some finished work. Your questions answered: How did you paint that? Why? Plus food and drink. All are welcome.


It's fitting that the new venue in the Second Saturday ArtWalk The Bergschrund is featuring the mountain photography of John Scurlock. The Bergschrund is the new tap room of the NW Peaks Brewery, located half a block south of the brewery.

Since 2007, John has been involved in a project to photograph every glacier in the lower 48 states, in cooperation with a glaciologist at Portland State University. He’s also photographed in cooperation with researchers at the USGS, Western Washington University and the University of Washington. And he’s collaborated with North Cascades National Park and North Cascades Institute, as well as organizations such as The Wilderness Society and the Skagit and Whatcom Land Trusts.

Enjoy stunning views of the places we usually see only from the vantage point of our skis: the North Cascades, the Cascade Range in Washington and Oregon, the southern Coast Mountains of British Columbia, the Rockies of Canada and the US, the Columbia/Purcell mountains of BC and the Coast Mountains of Northwest British Columbia/Southeast Alaska. The plane he uses on these excursions? One he built himself from a kit! 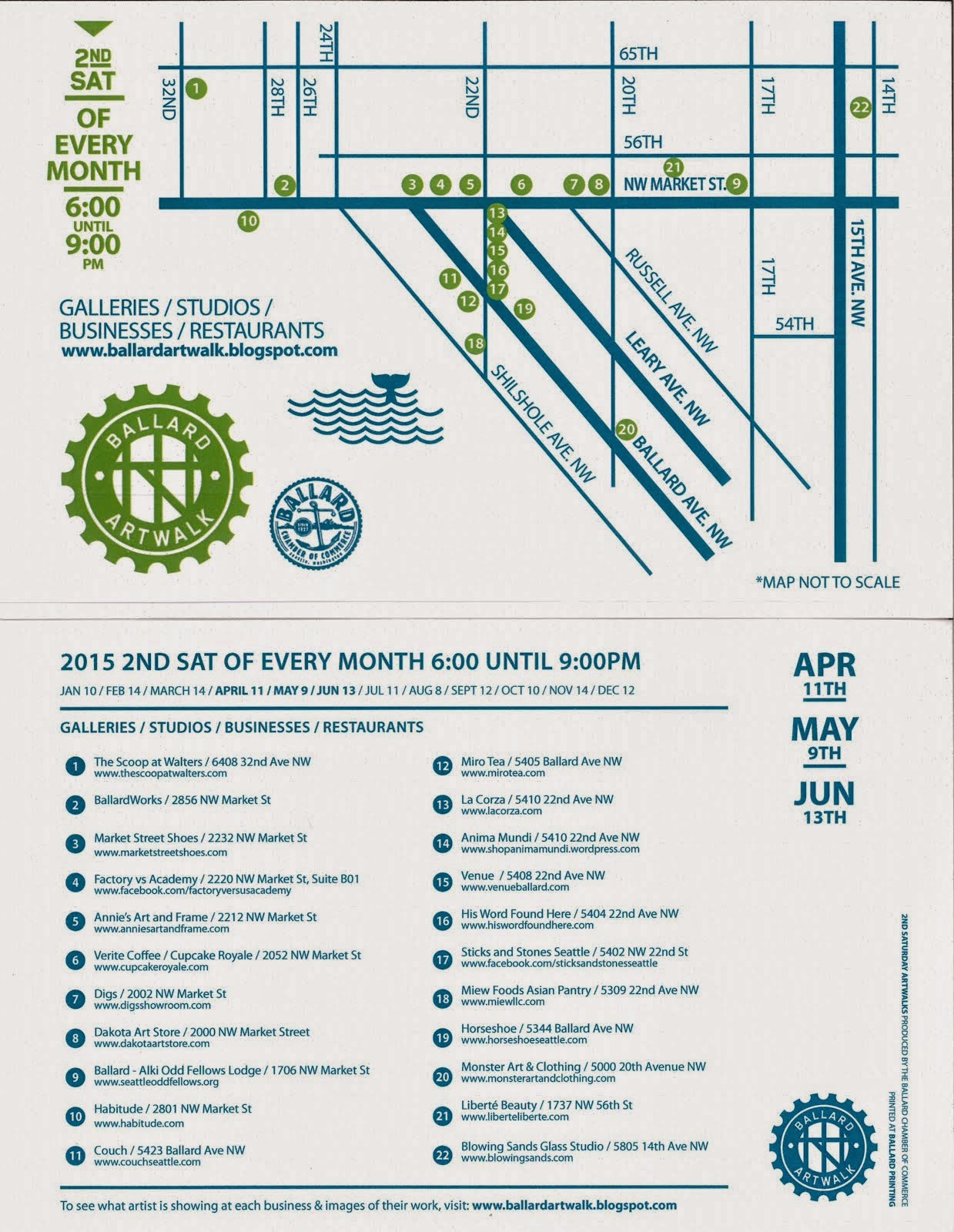